Allentown, Pa., police released a video showing police subduing a man. Part of the video shows an officer placing a knee to the man's neck, drawing comparisons to the George Floyd incident.

Officials in Allentown, Pa., have released a roughly ten-minute surveillance video showing officers subduing and arresting a man in front of a local hospital on Monday evening.

The man ends up face-down on the ground, and as two officers pin the man’s arm behind his back, a third officer kneels on his neck.

The release of the footage by Allentown police came days after activists tweeted a shorter, 26-second video, which has been viewed hundreds of thousand of times.

Police say the man was taken into the hospital and, after treatment, was released. His name and medical details were not disclosed. Police also didn’t release the names of the officers.

Reaction to the video has sparked comparisons to what happened to George Floyd, the Black man who was killed by Minneapolis police on Memorial Day.

Derek Chauvin, the white officer who was filmed kneeling on Floyd’s neck for nearly nine minutes, has since been fired and faces a second-degree murder charge. Three other officers were also fired and face charges of aiding and abetting murder.

Civil rights attorney Benjamin Crump said on Twitter that Allentown police “held this man’s face to the pavement and then one of its officers placed their knee on his neck!!” He pointed out that the maneuver the officer used was “exactly what led to #GeorgeFloyd’s death. We need this officer’s name and badge # NOW.”

The Allentown incident took place on the evening of July 11, just before 7 p.m., police said.

The video Allentown Police Department made public appears to be recorded from a building across the street from the entrance of the St. Luke’s Sacred Heart Campus, a medical facility.

“During the first 4 minutes of the video an individual is observed to enter the frame who appears to be suffering from a medical, mental health or drug and alcohol crisis,” Allentown Police Department officials said in a statement.

“The individual appears to vomit multiple times, he is also observed to drop his cell phone and he appears to have trouble walking and standing.”

While there is no audio on the footage released by law enforcement, the officers are seen communicating with the man, before attempting to subdue him. Prior to officers struggling to put handcuffs on him, he kneels, appearing to plead with the officers.

Approximately 5:13 in the footage released by police, a white sedan, driving slowly, briefly stops in the street in front of the hospital. It is likely the vehicle driven by the onlooker who recorded the viral video.

“Approximately 23 seconds of the middle portion of the video is reflected in what has been observed on social media,” police said in the statement.

The latter portion of the surveillance footage shows police and hospital staff escorting the man into the facility.

There is an ongoing investigation, including interviewing witnesses, police said, and the Lehigh County District Attorney is also looking into the matter.

What happened in the 26 second video

Unlike the longer video, the one from a cellphone has audio.

At approximately the 14 seconds mark, one of the officers appears puts his right forearm to the back of the the man’s head, as the other officers pin his arms behind his back.

“Mira! Mira! Mira!” the man is heard yelling, which is Spanish for “look.”

“Look, we don’t matter, bro,” a person from inside the vehicle can be heard saying.

At approximately 20 seconds, that same officer switches position to place his right knee on the man’s neck.

According to the Allentown Police Department’s use of force policy posted to its website, certain “weaponless control techniques” are prohibited under its section outlining “Restraint and Control.”

“Use of neck restraints or similar weaponless control techniques (choke holds) is prohibited. Preventing imminent death or serious bodily injury to a member or citizen is the only possible exception to the prohibition,” the policy states.

In response to the police statement on Monday, the Twitter account by Black Lives Matter to Lehigh Valley said “Allentown: Throw up, kneel & beg for space, and STILL get a knee to the neck. Wow!”

A Facebook page with the same name said a resolution would be brought before the Allentown City Council to address demands made by protesters, which include making officer body camera usage mandatory as well as prohibiting chokeholds and neck restraints. 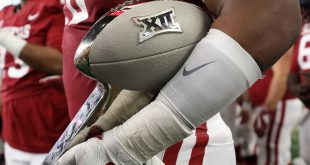 Big 12 Is Moving Ahead With Fall Football Season 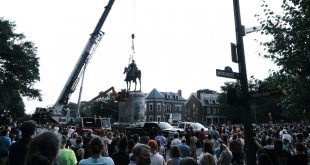 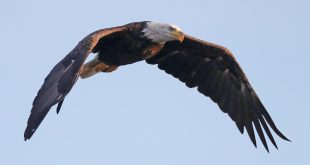 In 2017, the Trump administration scaled back protections of the Migratory Bird Treaty Act. A federal judge has now struck down the rule change — and cited To Kill a Mockingbird in so doing.