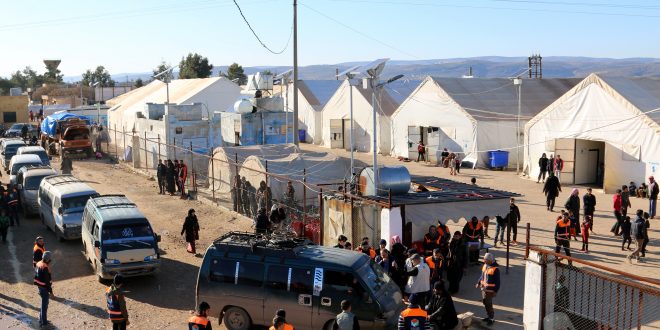 At The U.N., Russia Forces Reduced Access For Aid To Syrians

A divided United Nations Security Council approved a resolution on Saturday to allow just one border crossing — instead of the current two — to remain open for U.N. aid convoys into Syria, dealing another blow to a humanitarian assistance program for millions of displaced people.

The outcome alarmed aid groups struggling to help those trapped and in danger in the nine-year civil war.

In its fifth and final attempt this week to vote on the issue, 12 nations voted in favor of the resolution, including the U.S. Three countries — Russia, China and the Dominican Republic — abstained.

The U.S. and European countries wanted to maintain U.N. aid routes through the two border crossings. The remaining crossing for U.N. aid is the Bab al-Hawa crossing point from Turkey, where the U.N. serves millions of displaced people in Syria’s Idlib province. And even that route approval will last just one year.

The council wrangled all week over the issue, and had already missed a deadline a day earlier to renew the program that had been running for six years.

Craft said a series of Russian and Chinese vetoes this week on resolutions that would have allowed more aid is a “stain on humanity.”

Russia, a close ally of the Syrian regime, led the effort to cut the aid program, as it has in the past, because the aid is not done in cooperation with the Syrian government.

The food and medicine is sent via Turkey into areas outside the Syrian government’s control, including an area in Idlib province that’s mainly in rebel hands.

After the vote, Russian deputy U.N. envoy Dmitry Polyanskiy said those areas are “controlled by international terrorists and fighters and it’s impossible to monitor.” He said Russia favored aid deliveries in coordination with “its legal government,” referring to the Syrian regime.

As the Security Council considered renewing the cross-border aid convoys, a new crisis emerged Thursday with the first confirmed coronavirus case in rebel-held Idlib. A Syrian doctor, who resides in a Turkish border town and works in one of the few remaining hospitals along the Syrian, border tested positive. By Saturday morning, two additional cases had been reported.

Humanitarian aid organizations have been preparing for an outbreak, as well as warning of disaster amid fears for more than a million destitute Syrians living in tent camps. Social distancing is impossible, soap and water is in short supply. The population of the camps is mostly women and children who have been displaced from other parts of Syria during the war.

Aid groups warn that the current level of aid being delivered is already far from what’s needed, and that those needs are growing.

“The cynical and cruel maneuvering of Russia with China’s support is one tragic example of the broken U.N. humanitarian system,” said Susannah Sirkin, the director of policy and a senior advisor at Physicians for Human Rights. She briefed the Security Council earlier this week as her group, among others, pushed to have the aid continued. 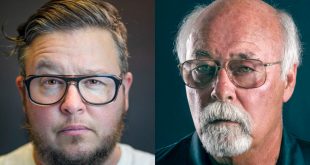 Belarus Opposition, In Exile, Appeals To U.S. Not To Recognize Contested Election

One man who fled his country in the face of possible arrest by the nation's strongman, President Alexander Lukashenko, tells NPR the West should insist on new, democratic elections.