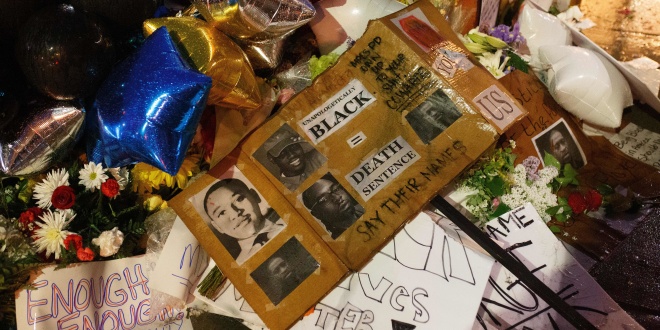 Just one day after the death of a black man whose arrest was recorded and posted on social media by a passerby, Minneapolis is grappling with a fallout that has spread beyond city limits.

The disturbing video of the Monday night incident — during which a white officer’s knee was planted firmly on Floyd’s neck and his desperate calls for help were ignored — has prompted protests in the city and demands for charges for the officers involved.

At a news conference Wednesday, Minneapolis Mayor Jacob Frey called on Hennepin County Attorney Mike Freeman to “act on the evidence before him” and press charges on the arresting officer.

“Why is the man who killed George Floyd not in jail? If you had done it or I had done it, we would be behind bars right now. And I cannot come up with a good answer to that question,” he told a news conference Wednesday.

“We watched for five whole excruciating minutes as a white officer firmly pressed his knee into the neck of an unarmed, handcuffed black man,” he added, noting that the arresting officer was not practicing a technique condoned by the city’s police department. “I saw no threat; I saw nothing that would signal that this kind of force was necessary.”

Frey refrained from specifying what specific charges he would like to see, citing a desire not to impede investigators. But Floyd’s sister Bridgett went one step further on national television earlier on Wednesday.

“I would like for those officers to be charged with murder because that’s exactly what they did,” she told the Today show Wednesday. “They murdered my brother; he was crying for help.”

She said the family, which has retained legal representation, is far from satisfied with the announcement that the four officers in the video have been fired — a swift decision that Frey said was “the right call.” The officers’ identities have not been publicly confirmed by the Minneapolis Police Department, which says the FBI is also investigating the circumstances of Floyd’s death.

The announcement also failed to satisfy the protesters who on Tuesday evening thronged to the department’s Third Precinct, where clashes erupted between the demonstrators and law enforcement in riot gear. As Minnesota Public Radio reports, demonstrators damaged the building and a squad car in a confrontation that eventually saw police firing tear gas into the crowds.

“What we witnessed today was state-sponsored murder, a state-sponsored execution,” Steven Belton, president of the nonprofit Urban League Twin Cities, said at a gathering of local civil rights leaders earlier Tuesday outside City Hall. “And what we await to see is whether it’s going to become state-sanctioned execution. It’ll be sanctioned if nothing is done.”

The controversy now engulfing Minneapolis is not unfolding in a vacuum.

Already, a video recorded earlier this year in Georgia — depicting the death of an unarmed black man, who was followed and shot by two white men while out for a jog three months ago — has renewed questions about the conduct of local police, who did not arrest the men until after the video surfaced earlier this month.

And just a couple of days ago, a recorded encounter in New York City’s Central Park caught fire after it was posted to social media. In the video, a white woman calls the police on a black man who says he had simply asked her to leash her dog while he was out bird-watching.

“He’s recording me and threatening me and my dog,” she tells emergency operators multiple times, as the man recording keeps his distance.

The woman was also fired swiftly after the release of the video by her employer, in this case the investment firm Franklin Templeton.

The video recorded in Minneapolis more closely called to mind an earlier incident in New York City, however. Like Eric Garner, who died due to an officer’s chokehold in 2014, Floyd’s final words before he appeared to lose consciousness were a plea for help: “I can’t breathe.”

Floyd is seen wailing the phrase several times with his face planted on the pavement, his hands apparently cuffed behind his back and a male officer kneeling on his neck. Observers standing nearby are heard telling officers that Floyd’s nose was bleeding and that he was dying. The officer and his colleagues show little reaction as the man gradually goes silent.

The officer does not lift his weight off Floyd’s neck throughout most of the video, until medical workers arrive to lift him into an ambulance on a stretcher.

The New York City Police officer who used the chokehold on Garner, Daniel Pantaleo, was never charged with a crime but was fired last year on a judge’s recommendation.

The Floyd family’s attorney emphasized the link with Garner in his own comments to the Today show Wednesday.

“It’s worse than Eric Garner in many ways,” said civil rights attorney Benjamin Crump, “because you hear the people even pleading with them, ‘Please get your knee off his neck. Have some humanity; this is a human being,’ ”

2020-05-27
Share
Previous Some Countries Have Brought New Cases Down To Nearly Zero. How Did They Do It?
Next Disney World And Other Florida Theme Parks Outline Reopening Plans 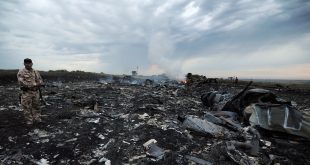 Nearly 6 Years After MH17 Was Shot Down, Dutch Prosecutors Say They Will Sue Russia 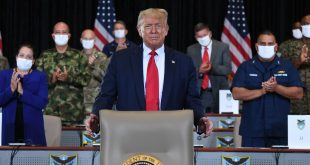 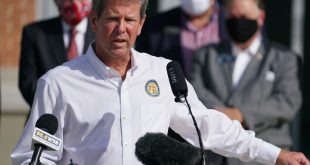 Amid a surge in coronavirus cases, Mayor Keisha Lance Bottoms ordered a return to Phase 1 restrictions. But Gov. Brian Kemp quickly pushed back, saying only he has that authority.