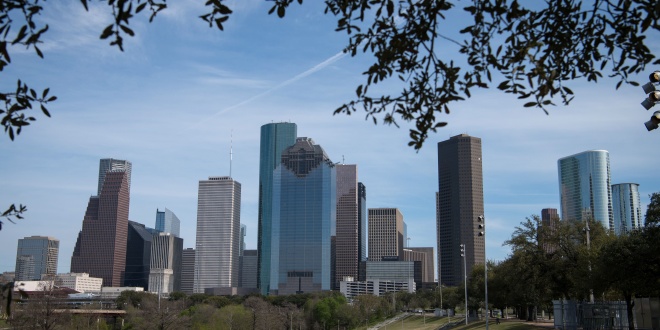 Evictions are expected to skyrocket in Texas where the state Supreme Court has lifted a moratorium on evictions and unemployment has risen to historic levels amid the coronavirus pandemic.

Some cities are taking additional steps to protect renters and delay evictions, but many Texans remain vulnerable.

Houston, for example, is now the largest city in the nation where evictions can resume. A rental assistance program there ran out of funding in just 90 minutes.

“We anticipate that there will be a tsunami of evictions filed,” said Dana Karni, an attorney with Lone Star Legal Aid, which provides free legal representation to low-income Texans. “I have no doubt about it, we are going to see homelessness.”

Bridgett Hewitt, 59, is afraid she might lose her apartment in Houston, where she lives alone. She said she’ll be three months behind in rent payments in June.

When COVID-19 hit, Hewitt lost her job babysitting her granddaughter and niece. Now she relies on her $800 disability check, which isn’t enough to cover her $900 monthly rent. She said her apartment manager has warned her that eviction notices are on the way.

“Nobody needs to be stressed out … whether they are going to have a place to live today and be homeless tomorrow. I can’t think like that right now,” she said, sobbing. “I don’t want to think like that.”

Hewitt submitted an application for the city’s rental assistance program. If she doesn’t get approved, she expects to be forced out of her home.

“I pray and hope that if I do, that I’ll be able to get into a shelter, or my daughters will open their doors to me, that they’ll open their home to their mom.”

Nationally, there has been a patchwork of protections for renters. Some states, like Wyoming and South Dakota, never had an eviction moratorium. Other statewide eviction moratoriums are set to expire in early June, including in Illinois, Florida and California, though they could be extended.

Some cities, like Los Angeles, also have passed ordinances to further delay evictions after the statewide moratorium expires.

Meanwhile, unemployment is through the roof. Since March, 38.6 million people have filed for unemployment, according to the Department of Labor.

Working class families have been hit especially hard — 40% of households with annual incomes of less than $40,000 lost a job in March, said Shamus Roller, executive director of the National Housing Law Project.

“It’s staggering to try to get your head around what that means in practice,” Roller said.

For now, moratoriums and government assistance — like expanded unemployment benefits — have kept evictions at bay. But as these protections expire, experts say a wave of evictions is on its way.

“Displacing people from their housing and sending them out to look for additional housing or sending them into homelessness is a danger for all of us,” Roller said.