Home / News from NPR / Second Federal Inmate Dies From COVID-19
On March 31, the Federal Bureau of Prisons began a systemwide 14-day quarantine for inmates to stem the spread of the coronavirus.

A second person held at the federal prison in Oakdale, La., has died of COVID-19.

Nicholas Rodriquez, 43, became ill on March 25 and had a high temperature and a rapid heartbeat, according to Federal Bureau of Prisons officials. He was transported to a local hospital that day, and tested positive for COVID-19. Rodriquez was placed on a ventilator on March 27, after his condition deteriorated. He died on April 1.

BOP officials said Rodriquez had long-term, pre-existing medical conditions which the Centers for Disease Control and Prevention lists as risk factors for developing more severe COVID-19 disease. Rodriguez was serving a 188-month sentence on drug charges, and had been at the Oakdale facility for about a year.

Rodriquez is the second death of an inmate from COVID-19 across all federal prisons, and the second death at Federal Correctional Institution Oakdale, which is seeing rampant spread of the virus.

Ronald Morris, a maintenance foreman at the prison and president of the prison’s union local, said nine inmates tested positive for the coronavirus, and there have been 32 more with symptoms and 64 who’ve been exposed. Of those, 15 inmates were in local hospitals. Meanwhile, eight staff have tested positive, 16 more have symptoms and one was in an intensive care unit at a hospital.

The Bureau of Prisons told The Lens that it has stopped testing for the virus at the facility because the outbreak is so widespread. Instead, anyone with symptoms is assumed to have COVID-19.

A spokesperson for the bureau told the news outlet that the move is intended “to conserve valuable testing resources,” and added that the bureau had no plans to release nationwide testing figures. The last update was Monday, and reported 28 inmates and 24 staff had tested positive across U.S. federal prisons.

On Wednesday, the Bureau of Prisons began a 14-day quarantine for inmates systemwide to stem the spread of COVID-19.

2020-04-01
Share
Previous Have You Been Denied Re-Entry To Your Nursing Home After Hospitalization?
Next Fighting COVID-19 Is Like ‘Whack-A-Mole,’ Says Writer Who Warned Of A Pandemic 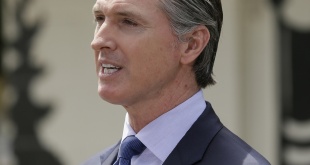