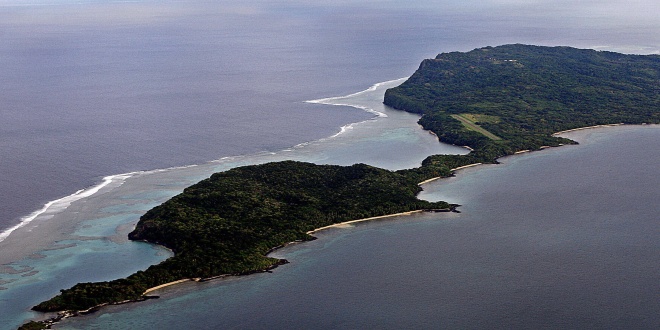 Small, Far-Flung Pacific Islands Are Combating COVID-19 Just Like The Rest Of Us

As COVID-19 cases in the remote Pacific climb, it turns out that even natural isolation is no match against this pandemic.

The novel coronavirus has been confirmed in Papua New Guinea, Fiji as well as in the French territories of French Polynesia and New Caledonia. The U.S. territory of Guam has had one death from the disease and 51 confirmed cases of infection, believed to be the highest total of the small Pacific island jurisdictions.

In an effort to keep to the virus at bay, the authorities have put a range of policies into place from Palau to Tahiti, including travel restrictions, school closings, lockdowns and states of emergency.

Tonga, which currently has no confirmed cases, has banned public gatherings and foreign nationals. Tongan Prime Minister Pohiva Tu’i’onetoa said on March 23 that COVID-19 is an imminent threat and “requires a significant and coordinated response.”

These countries are trying to turn what are typically their weaknesses — isolation and remoteness — into strengths, says Jonathan Pryke, director of the Pacific Islands Program at the Lowy Institute, an Australia-based think tank.

“Because the health systems are so fragile, so stretched, they just would not be able to cope with a major outbreak,” he tells NPR.

Yet in throwing up these barriers, Pacific island nations are also expected to decimate their economies in the process as they are all highly dependent on the outside world. Whether it’s tourism, foreign aid, imports or immigration — all of these things are going to be highly curtailed, Pryke says.

Tourism brings billions of dollars into the region and is the chief driver of job creation.

Fiji, for example, is the most-visited Pacific island nation, according to the South Pacific Tourism Organization. Last year, tourism made up nearly half of Fiji’s gross domestic product, with an all-time high of nearly 900,000 tourists. But most of the visitors come from Australia, New Zealand, the United States and Europe — all places now dealing with the new coronavirus pandemic.

The Pacific islands have a combined population of about 2.3 million, according to the World Bank. They don’t have the economic firepower to stimulate the economy, Pryke says, so “they’re going to need support to just hold these countries together.”

Which means letting the outside world in — eventually.

But Pryke also holds some optimism for the region:

“Most of the people of the Pacific are not dependent on the government,” Pryke says. “They are resilient.”

ICU Beds In Alabama Have Been Filled With Adults And Children

People from countries with limited vaccine access are traveling thousands of miles to the U.S. to try to get a shot. Most people, however, don't have the luxury to be able to travel to the U.S.