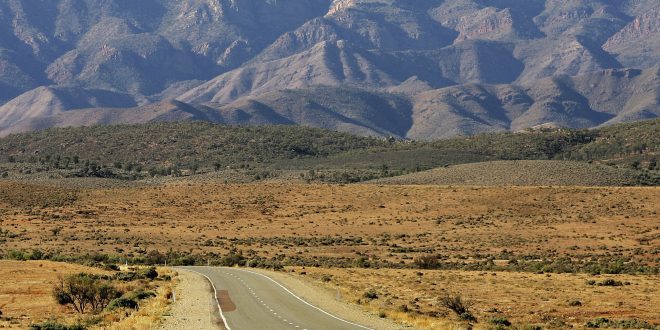 Let’s start by stating the obvious: Australia is not the U.S.

Now, self-evident as that statement may seem, it is one thing to simply accept the lesson when reading it on a page — and quite another to experience the lesson viscerally, day after blazing day, mile after grueling mile, as you try to run the entire length of each landmass.

One decade after the American tackled the U.S., crossing some 3,000 miles alone from Boston to San Diego in her early 20s, Visco decided to try a similar feat half a globe away. On July 13, she set out from Darwin, on the very tip of Australia’s Northern Territory, intending to cross the dusty heart of the continent — and on Nov. 8, more than 2,200 miles later, she arrived in Adelaide, on the country’s southern coast.

Her trek across the U.S. was “100% different than the run that I just completed in Australia,” she tells Morning Edition, describing the former as an attempt to inspire others and the latter as an attempt to satisfy what she calls a “pinch” of her own.

“You know, if you have something that you’re thinking about or dreaming about and can’t just let it die,” she explains. “I had been dreaming about this for a while, and I just wanted to pinch myself in life so that I can learn more about myself, be a better person, and just get through life in a stronger, braver way. And this run was a vehicle for me to do that.”

Nevertheless, Visco says, she still underestimated the gargantuan task she had laid out for herself. It was one that involved dirt roads through the Outback, blistering sun, wind so strong she could feel it “emotionally” even more than physically — and not a whole lot of other humans.

“Man, there’s not very many people in Australia, so the back roads were incredibly desolate,” she laughs.

Luckily for her, she also had a partner: her husband, Henley Phillips, who trundled more than 350 pounds of gear and supplies on a bike beside her as she ran between 28 and 38 miles a day.

“I thought I would mainly have to focus on the emotional support of Katie. And then I pretty quickly realized that it was going to be a massive physical effort for me as well,” he recalls. “I tried to stay stoic and strong about that — but that only lasted for a little while because it got very, very tough.”

There were moments when the sheer effort and agony demanded of them rendered the pair hopeless or even reduced to sobbing. But still, they carried on.

And that, both of them say, is one lesson they have taken away from this experience: “Whatever it is,” Visco says, “if it’s miserable, if it’s joyful, if it’s anything, it is brief. And so I didn’t necessarily learn this, but it was full-on in my face: a huge rediscovery.”

It’s a lesson that applied even in Adelaide, as they finally caught sight of the ocean that for nearly four months they had dreamed about and occasionally despaired at ever reaching. There too, at the end of their journey, the fact remained.

“This moment you’ve been waiting for is, again, just another moment. At the same time, I wished we could just keep going, which is so ironic because I wanted it to end like every single day,” Visco says.

“I still feel a bit sad. But I’ve got to continue to dream,” she adds. “And the dreaming will be a salve for those emotions as well — not to cover them up, but to honor them, be vulnerable to them, yet continue to dream about things that will tick that box next.”

2019-11-22
Share
Previous U.S. Sends First Migrant To Guatemala Under Asylum Agreement
Next Utah Woman Charged With Lewdness After Being Topless In Her Own Home 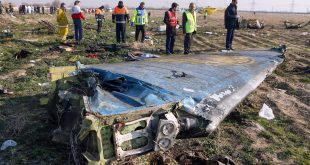 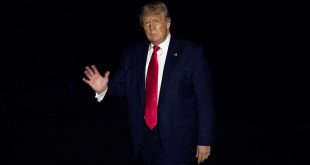 Worshippers Get Surprise Visit From Dean’s Cats During Virtual Prayer

NPR's Lulu Garcia-Navarro speaks with Robert Willis, Dean of the Canterbury Cathedral, about his cats' appearances during live-streamed prayers.