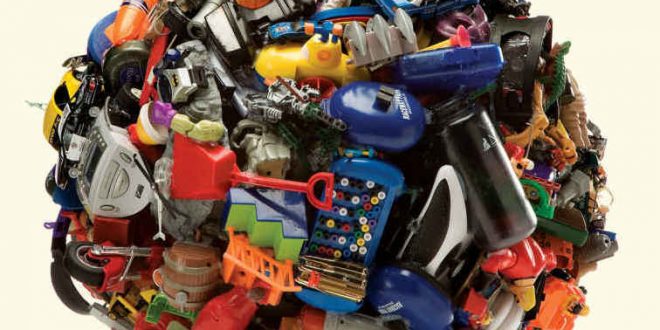 What Happens To Your Used Stuff? ‘Secondhand’ Tells Of A Billion-Dollar Industry

The first thing I learned about shopping after moving to Texas from the Caribbean was this: Go to Goodwill.

When I needed my first hoodie, I went to Goodwill. When the carpet in my tiny studio got dirty, I bought an old vacuum cleaner at Goodwill. What I didn’t know at the time was that I was participating in the billion-dollar industry of used hard goods. After reading journalist Adam Minter’s Secondhand: Travels In The New Global Garage Sale, I now understand how it works not only in our country but across the world. I also understand that most people are hoarders, humans always put sentimental value on worthless items, and we now collect things and fill the space around us faster than at any other time in human history.

In Secondhand, Minter starts with a strange question: What happens to people’s stuff when they die? He answers the question in the first chapter — but this only opens a door into the hidden, multibillion-dollar industry of reuse. With grace, a keen eye for detail, an interesting cast of characters who spend their life reselling used things, and the perennially curious mind of a great journalist, Minter takes readers from the backs of thrift stores all across the United States to small apartments and vintage shops in Tokyo, and from a truck in Mexico to an office in Mumbai, to show the inner workings of one of the world’s largest markets. Along the way, he interviews many fascinating people who make a living buying, selling and throwing away what others discard — or leave behind after their deaths — all while wondering what the future holds for this business in an era where consumers crave new things.

Secondhand is a gripping narrative. Minter is a superb storyteller who knows empathy is easier to connect with than numbers. In this book, there are plenty of both, but the people he interviews and the stories he tells are what make it an enthralling read. Also, Minter has a great understanding of how people work and how we have morphed into something new as the world around us has changed. And he also gets the way those changes affect how we act, what we consume, and even how we define ourselves:

“Historically, personal identity revolved around religion, civic participation, and pride of (oftentimes small) place. But as those traditional bonds disintegrate in the face of industrialization, urbanization, and secularization, brands and objects become a means to curate and project who we are.”

To say Secondhand is a book about reusing and reselling would be reductivist and unfair to Minter, considering the amount of research that went into it. Sure, reuse is at the core of the book, but it also deals with culture, consumption patterns on a global scale, and the history of garage sales and antique shops. It also offers a look into the relationships people establish with things and how those crumble with time and death, both of which help make even the sacred obsolete. For example, according to the Association of Cleanout Professionals, “the fee for burning an altar is similar to what would be paid for a Buddhist shrine (one-meter diameter) or a futon: around one hundred dollars.”

Besides making financial and trade data palatable, one thing Minter does exceptionally well is jump from place to place to give readers a good idea at what the market for secondhand goods looks like on a global scale without bogging down the narrative with too many numbers. For example, Chapter 5 finds Minter back in Japan, talking to Shigeru Kobayashi, the founder of Hamaya Corp., one of the world’s largest exporters of used hard goods:

Minter looks at the microcosm of individual houses and then at the macrocosm of the world effortlessly. He explores the relationship between Mexico and Goodwills in Tucson, the business of importing secondhand clothing in African countries like Benin, Togo, Ghana, Tanzania and Mozambique, and how a company in Mumbai buys used textiles “from Goodwills and other charities, thrift store chains, and graders across North American and Europe, and resells them around the world.” Ultimately, his efforts to show the local and global impact of secondhand goods add up to an entertaining, important and informative book that deals with something we are all part of.

While the “used-goods business doesn’t stand a chance against the low-cost goods that have proliferated globally over the last forty years,” the truth is that it will be decades before it phases out entirely, if it ever does. Secondhand is a manual to understanding it, but it is a manual written with a lot of heart and with people — not things — as its focus. It’s a book I’d recommend buying now instead of waiting for it to show up at your local thrift store.

Gabino Iglesias is an author, book reviewer and professor living in Austin, Texas. Find him on Twitter at @Gabino_Iglesias. 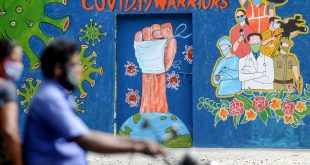 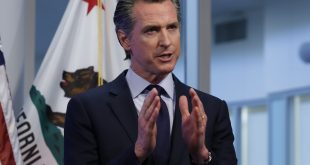 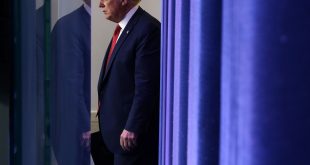