Andre Perry's debut essay collection reads like a slightly fragmented memoir focused on the search for identity, the desire to write, and his constant sense of unease as a black man in Iowa City.

In ‘Some Of Us Are Very Hungry Now,’ Revelations Morph Into Mirrors

Andre Perry’s Some of Us Are Very Hungry Now is a raw chunk of life sliced into essays packed with truths, devastating realizations, music, failed coping mechanisms, a constant search for the self, and a lot of booze.

The book is divided into three distinct sections, but they merge into a unified chronicle that follows a young black man standing at the intersection of race, art, masculinity, education, and the desire for growth and new experiences.

Some of Us Are Very Hungry Now, Perry’s debut, contains seven essays and three letters. All of them are biographical and follow the author as he moves from Washington, D.C., to Iowa City and from there to Hong Kong, where he spends some time looking at the underground music scene while struggling to write about it. More than a collection of essays, this book reads like a slightly fragmented memoir focused on the search for identity, the desire to write, and Perry’s constant sense of unease as a black man in Iowa City. While music, friends, and his love life all play major roles in the collection, alcohol, racism, the inability to create consistently — and a sense of agitated stagnation — are the elements of cohesion that make this feel like a complete, deep, satisfying read.

Perry’s prose is energetic and strange. It effortlessly goes from poetic and self-assured to gloomy and plagued by insecurities to hedonistic and lighthearted. He also uses a variety of formats to deliver his essays. Some are straightforward retellings while others take the form of screenplays, interviews, and one is written in the second person. Also, the writing is a mixture of beautiful and gritty, educated and desperate, brilliant and dark. He writes about who he is, but always does so with the understanding that the self is a shifting continuum:

“Smoking cigarettes with the bartender outside in the mild fog, I would look around the avenue and remember my first days in town when I spent time in the fancier bars of Nob Hill. I was clean-cut back then, the product of a prep school chopping block. But time took away my architecture and I turned into a sticky, knowing ooze that slid through the fault lines of an uncertain future.”

The variety of structures, formats, and rhythms Perry uses in Some of Us Are Very Hungry Now is extraordinary. Some passages are extremely personal and touching while others turn his experiences into communal events that highlight how change and insecurity are constants that affect all of us:

“We never know where we will find the worst of ourselves or, for that matter, the best. Yet, we are often so eager for categorization that we refuse to acknowledge the wild mess of our cultural geography.”

These shared spaces are the most uncomfortable to read. Perry doesn’t shy away from presenting himself and all his flaws. In these essays he gives into temptation repeatedly, allows racists to carry on unchallenged, procrastinates instead of writing, and surrenders to ennui and stays put while recognizing he should move away from Iowa City. Sometimes he accepts all of it, but sometimes he distances himself from his actions as a coping mechanism:

“The graduate slouches in chairs, wondering how time will turn. The alcohol props up his back, tugs at his trousers. Yet another night stretched long. And why, he asks, searching in earnest for what makes him give up sleep and clear mornings. For love? Is it youthful energy that he’s not ready to give up just yet? There’s something about those hours from 2 a.m to 6 a.m.: the nether-hours. They become an ocean of unreachable desires. Every now and then you shore upon islands of answers. The morning, though, reveals them as sirens.”

Perry writes beautifully about ugly events and feelings. He tackles racism head on and explores his role in fighting it. He also recognizes how his drinking becomes a problem, a momentary escape that provides no lasting solutions. However, he can’t stop. Bars call to him. Sundays, for him and his friends, are not a relaxing day; they are “the day when we choose not to rest but to continue chasing unfortunate outcomes and evading harsh truths.” These evasions and chases shape Some of Us Are Very Hungry Now into a rough, heartfelt collection of essays that dig deep into who Perry is and engage the reader in the process with revelations that morph into mirrors that are uncomfortable to look at.

These essays shine with broken humanity and announce the arrival of a new voice in contemporary nonfiction, but they do so with heaps of melancholia and frustration instead of answers. That Perry can hurt us and keep us asking for more is a testament to his talent as a storyteller.

Gabino Iglesias is an author, book reviewer and professor living in Austin, Texas. Find him on Twitter at @Gabino_Iglesias. 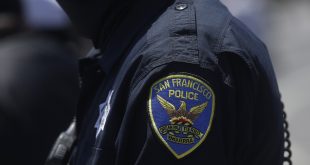 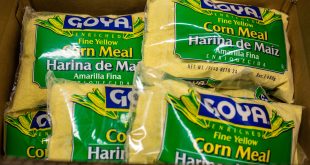 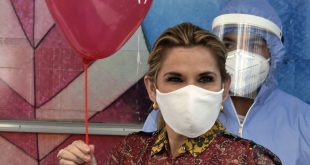 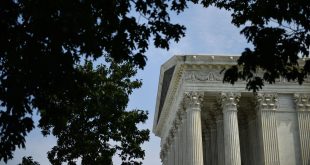 "Today we are asked whether the land these treaties promised remains an Indian reservation. ... Because Congress has not said otherwise, we hold the government to its word," wrote Justice Gorsuch.