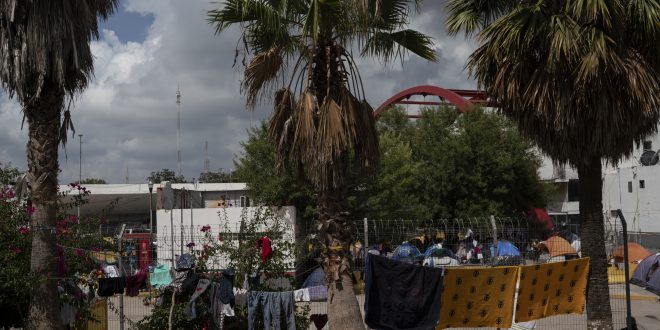 In Matamoros, Mexico, more than 1,500 asylum-seekers are living in squalid conditions in a tent encampment and Mexican officials want them to move.

Officials recently took a page from the Trump administration and threatened to separate asylum-seekers from their children.

A Mexican child welfare official, holding a clipboard, addressed a crowd of asylum-seekers last week in a sprawling tent encampment near the Gateway International Bridge that connects Matamoros to Brownsville, Texas.

In a video taken by an asylum-seeker, an official tells them the encampment is no place for children and that he has the authority to take custody of their kids if they don’t move to a new government run shelter, but the parents object.

An asylum-seeker in the crowd asks the official how would he like it if his child was forcibly taken away from him, and tells the official what he’s threatening to do is considered kidnapping.

The child welfare agency in Matamoros did not respond to repeated requests for an interview with NPR. In written statements to the media, the agency said not a single child was taken. The agency said the social workers who went to the encampment just wanted to offer the families space at a new shelter.

“I was really surprised that this tactic would be taken of essentially a new type of family separation on the Mexican side,” Thorn Vela said.

She points out that the Trump administration got a lot of blowback over its family separation policy, which aims at discouraging migrant families from illegally crossing into the U.S.

“I would think that they would see how this is really not a good idea and it’s not going to end in a good result to threaten people,” Thorn Vela said.

Many migrants have been forced to wait in Mexico — sometimes for months — for their hearings in U.S. immigration court under the Trump administration’s Remain in Mexico policy.

Migrants say they prefer to live in the encampment where they feel protected by American aid groups and have access to legal help.

They were largely ignored by the U.S. and Mexican governments, that is, until last Friday when Mexican officials decided they wanted to clear the encampment and move the migrants.

Some of the asylum-seekers live in tents and others sleep under bushes or on the streets. Many bathe in the Rio Grande.

“I want to convey confidence that we’re treating them well,” Lopez said. “And that we have our doors open to migrants and help them so they can get to their destination, which is the United States.”

Lopez said the government would not forcibly move asylum-seekers to the shelter, but panic has still spread.

Migrants said some of the child welfare officials went tent to tent looking for children. One Honduran mother said she refused to let them take her son.

“I told them I couldn’t, that I wouldn’t let my kid go, and they told me I didn’t know the laws here in Mexico,” said the woman.

She said an official handed her a notice to appear at a child welfare office, but she said had no intention of going. She asked that we not use her name because she fears retribution.

Like most migrants camped out at the bridge, she said she has no plans of going to the shelter, which is a converted gymnasium that can house 300.

NPR was able to go inside the shelter, which is mostly housing new arrivals, and is only about one-third full.

Another Honduran mother, who decided to go to the new shelter, said she was happy to come to Matamoros with her son.

She said they receive three meals a day, there are restrooms, an on-site doctor and that they’re able to sleep in a bed.

Back at the encampment, advocates including Amnesty International, Human Rights Watch and the Texas Civil Rights Project, say they will continue to monitor the situation to make sure the human rights of migrants are respected.

2019-11-09
Share
Previous The Lake That Feeds The Mekong Basin Is Facing A Shortage Of Fish
Next Paradise, Calif., Faces Labor Shortage 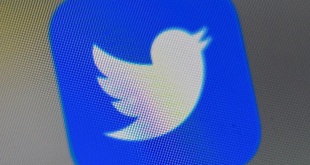 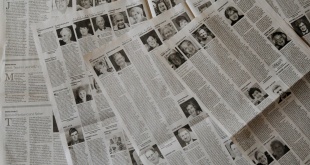 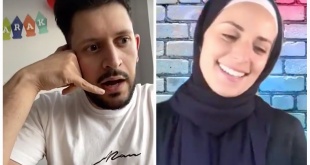