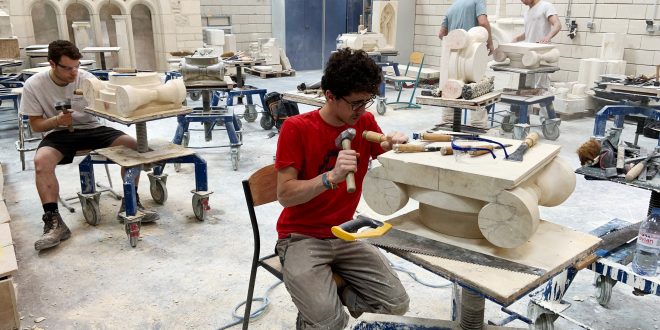 A little over three months after Paris’ Notre Dame caught fire, French officials say the cathedral is still in a precarious state and needs to be stabilized. Ultimately, they aim to restore the monument, a process that will take years.

When that work begins, there will be a new demand for experts who have the same skills required to build Notre Dame 900 years ago. In the workshops of the Hector Guimard high school, less than three miles from the cathedral, young stone carvers are training for that task.

In an airy and light-filled workshop in the north of Paris, a handful of students chip and chisel away at heavy slabs of stone. Each works on his or her own piece, but all are sculpting the same project: the base of a Corinthian column. The students are earning a professional degree to hew the stone pieces needed to maintain and restore France’s historical monuments.

Every year, about 30 new stonemasons graduate either with this degree, the professional license in stone carving for historic monuments, or a less advanced diploma in stone carving.

François Menut is one of the students working toward the professional license.

“I’ve always been passionate about drawing and art history, but I also wanted a job that was physical,” says Menut. “With stone carving, we give life to an edifice and perpetuate history. We’re also creating a link with the past and transmitting values that are important to conserve in society.”

On April 15, he and his classmates watched in horror as Notre Dame burned for 12 hours, unsure if it would still be standing the next day. Some now hope they will have the chance to help restore it.

But none think the job can be done in five years, as French President Emmanuel Macron has suggested. As Menut puts it, “You can’t be president and stone carver at the same time.”

In medieval times, stone carving and masonry were masculine professions, but today there are women studying the trade.

“In the beginning, it was my own parents who were surprised when I left my architecture studies to do this,” says Marjorie Lebegue. “But most everyone who finds out I’m studying to be a stone carver says, ‘Wow, what a beautiful profession.'”

“There’s no reason this should be a masculine profession,” he says. “Men have more physical force, but as a professor, I see the women have a sharpened sensitivity for the more detailed work. So it’s complementary.”

Women make up 17% of the students in the two-year, post-baccalaureate degree program in stone carving on historic monuments. The Centre de Formation d’Apprentis du Bâtiment Saint Lambert, the Saint Lambert center for training and apprenticeship — which offers the degree in conjunction with the Hector Guimard school — is run by a woman.

“Art history is extremely important,” says Eliette Coutherut, the head of the Saint Lambert center. “You can’t work the stone without knowing its history and the different currents that influenced architecture.”

By the time the students earn their degrees, Coutherut says, they’ve had four years of training in stone carving, due to requirements to enter the degree program. On graduating, they are fully qualified to work, either alone or as part of a masonry stone carving team on France’s most treasured historic monuments.

The program began in 1945, as a way to help restore France’s historic monuments damaged in World War II.

Aside from this degree, the only other way to become a licensed stone carver of historic monuments is by joining a sort of modern-day guild known as “Les Compagnons du Devoir,” the Companions of Duty.

That program is based on the way young people were trained for professions in the Middle Ages. To become a “compagnon” takes at least five years of rigorous training, and apprentices are expected to travel around France working on different sites. The apprentices live and eat together and follow certain customs. They have gained a near-mythic status in France.

At Saint Lambert, the students mix age-old stone carving techniques with cutting-edge technology. Lebegue works on a 3D stone carving diagram on her computer, while others draw on drafting sheets, using a compass and ruler.

“The computer helps gain in time and accuracy,” says Lebegue. “But for stone carving, you have to have a 3D vision and be able to represent objects in space. And drawing by hand is still the best way to acquire that skill.”

Aside from their schoolwork and stone carving in the atelier, each student has a part-time apprenticeship with one of the 100 or so companies that are qualified to work on historic buildings and monuments in France.

“Our work involves very specific requirements and we are short of skilled labor in a dozen or so traditional professions,” says Frederic Létoffé, the president of the monument restorers’ professional association. “But the Notre Dame fire woke the country up.”

Létoffé says together with the government, they’ve now launched a campaign called “France Worksite” to promote the restoration of heritage sites and revive young people’s interest in old professions like stone carving.

“Notre Dame made people realize these skills are still needed and still important,” he says. 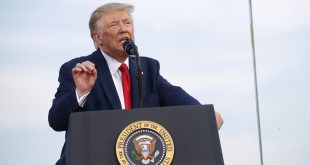 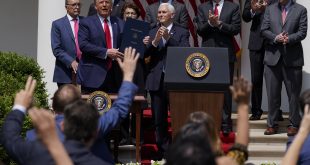 The Latest Economic And Health Effects Of Pandemic

NPR's Sacha Pfeiffer speaks with Robert Peck, a Reddit moderator, about the site's decision to ban the subreddit "The_Donald" after numerous warnings and other disciplinary actions.