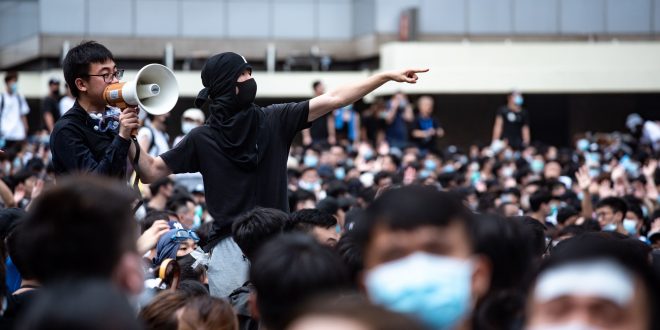 Police in Hong Kong fired tear gas and water cannons in an effort to break up protests that blockaded the city’s Legislative Council, forcing lawmakers to delay debate on a controversial extradition bill.

The South China Morning Post reports, “In a fresh display of defiance … protesters who had camped overnight at Tamar Park in Hong Kong began stopping traffic from accessing the legislature on Wednesday morning, as the government’s proposal returns to a full council meeting.”

In scenes reminiscent of protests in 2014 that brought the Asian financial hub to a standstill, protesters thronged the city’s main thoroughfares.

The initial protests on Sunday drew hundreds of thousands of people onto the streets, but Wednesday’s demonstrators were a younger crowd. Many wore surgical masks to hide their identities as they gathered in the city’s Wan Chai district chanting “block the bill!” in the local Cantonese dialect.

The demonstrators are seeking to kill consideration of a bill that would allow people accused in Hong Kong to be sent to mainland China for trial, a move that protesters say violates the “one country, two systems” framework guaranteed to Hong Kong when British rule ended in 1997.

NPR’s Rob Schmitz, reporting from the city, says unlike Sunday’s demonstrations, which saw many families turn out, “Today they are students and they are people in their 20s and they are angry — they came ready for a fight.”

In scuffles with police, there were several injuries among police and protesters, according to Schmitz.

Candy Lau, 18, just graduated from high school. Her dream is to become a doctor.

“They do not understand that Hong Kongers do not want to obey them,” she said. “Because we have tried the taste of freedom and we will never obey them or be controlled by them.”

Hong Kong’s legislature is controlled by a pro-Beijing majority and the city’s chief executive, Carrie Lam, owes her position to mainland Chinese authorities.

Lam has vowed to press ahead with the extradition bill, which was first proposed in February and which supporters have described as an effort to close a legal loophole in Hong Kong and Macau, a former Portuguese colony handed back to China in 1999.

Despite assurances enshrined in Hong Kong’s Basic Law that it would enjoy a “high-degree of autonomy” after the handover, Beijing has steadily chipped away at such guarantees and reneged on a promise to allow open legislative elections.

2019-06-12
Share
Previous More Wildfires Bring Focus On How All That Smoke May Harm Firefighters
Next Trump Hopes U.S.-Mexico Deal Will Stem The Flow Of Asylum-Seekers 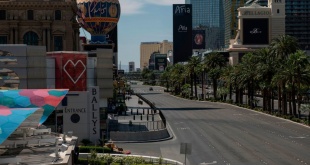