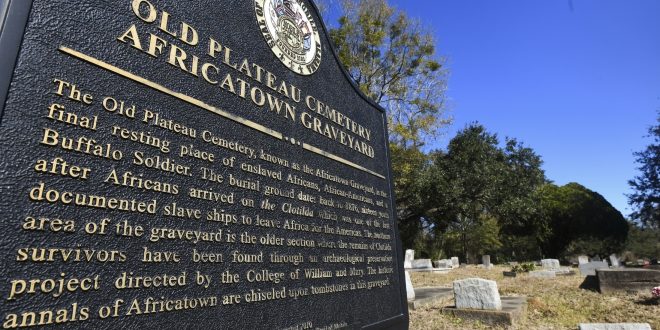 Alabama Historians Say The Last Known Slave Ship To U.S. Has Been Found

The Alabama Historical Commission says a wrecked ship off the Gulf Coast is the Clotilda, the last known vessel to bring people from Africa to the United States and into bondage.

At the Robert Hope Community Center in Mobile, Ala., on Wednesday, researchers unveiled their discovery to descendants of the people on that fateful voyage. “They had been waiting for this for a long time,” Alabama Historical Commission Chairman Walter Givhan, a retired major general, told NPR. “They were jubilant.”

Givhan said researchers based their assessment on certain historical information. “You knew certain things about this ship, you knew it had certain characteristics just from the history — how many masts, how long it was, what kind of wood it might have been made of,” Givhan said.

Researchers were also looking for a ship that had been burned and scuttled in the waters around Mobile — reflecting the captain’s attempts to block law enforcement from finding evidence of a crime.

From February to July 1860, the Clotilda carried 110 people from present-day Benin to the shores of Mobile, despite an 1808 U.S. law banning the import of slaves.

The prisoners were among the last known Africans destined for a life in captivity.

Capt. William Foster and Timothy Meaher, a wealthy Alabamian, were said to have made a bet that resulted in the voyage.

After the Civil War, some survivors of the Clotilda formed a Mobile community eventually known as Africatown.

The announcement of the ship’s identity comes a year after another claim that the historic vessel had been discovered. AL.com reported that a staff member may have stumbled on remnants of the ship. “I saw this big sort of dinosaur backbone almost, arcing up out of the mud along the shoreline,” Ben Raines told NPR at the time.

But the Alabama Historical Commission ruled out that possibility because of major differences between the two vessels. For one, the wreckage Raines found appeared to lack fire damage.

“We are cautious about placing names on shipwrecks that no longer bear a name or something like a bell with the ship’s name on it,” team leader James Delgado said in a statement, “but the physical and forensic evidence powerfully suggests that this is Clotilda.”

Researchers said the conclusions were independently reviewed and agreed upon by international authorities.

The commission said it is coordinating with the governor’s office, law enforcement and the Department of Conservation to keep the site protected.

The work was carried out in collaboration with the Black Heritage Council, National Geographic Society, Smithsonian National Museum of African American History & Culture and other organizations.

Lisa Demetropoulos Jones, executive director of the commission, said the “voyage represented one of the darkest eras of modern history.” She added, “This new discovery brings the tragedy of slavery into focus while witnessing the triumph and resilience of the human spirit.”

2019-05-23
Share
Previous Could Trump’s Plan Of Merit-Based Immigration Work In The U.S.?
Next South And West Continue Rapid Growth, According To New Population Data 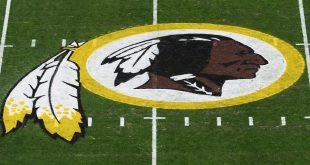 Louisiana’s Governor Orders That Masks Must Be Worn

It is the most ever reported by a state in a single day — exceeding New York's record set in April by more than 3,000 cases. Florida's governor has not issued a statewide mask order.