Home / News from NPR / ISIS Loses Last Toe-Hold In Syria, But Remains A Threat In The Region
ISIS lost its last hold in Syria over the weekend. The Trump administration calls this a critical milestone in the effort to defeat the extremist group but says ISIS remains a threat in the region.

ISIS Loses Last Toe-Hold In Syria, But Remains A Threat In The Region 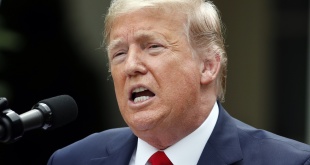 European Union Leaders Urge U.S. To Remain In WHO

Two Americas: A Collision Of Protests Over Police Violence And A Pandemic

In a statement today, Attorney General William Barr said many of the protests taking place in the wake of George Floyd's death "are being hijacked by violent radical elements."