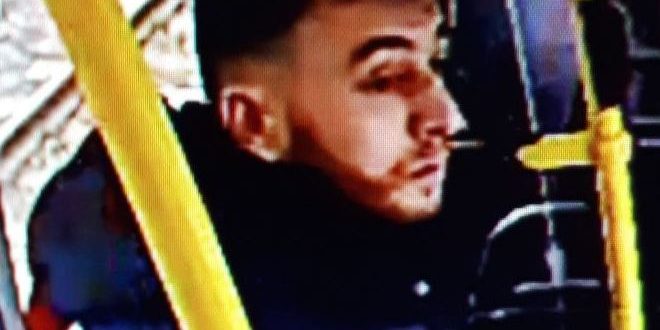 Dutch police have arrested a man they call the main suspect in a shooting that left three people dead and five others wounded on a tram in the city of Utrecht on Monday. A motive for the shooting remains unclear; police have said they were investigating a “possible terrorist motive” for the attack, but reports have also emerged that the shooting might have its roots in a family dispute.

Police arrested Gokmen Tanis, 37, who was born in Turkey. He had been identified as a suspect within hours of the attack, with police releasing his name and image and asking for the public’s help in finding him.

Rob van Bree, head of operations at the Central Netherlands Police, announced the arrest in the closing minutes of a news conference he was holding alongside Utrecht Mayor Jan van Zanen and the local prosecutor, relaying word of the breakthrough right after receiving it from a staff member.

In an earlier update, the mayor had confirmed the three deaths in a video in which he also said three of the wounded are facing serious injuries.

Tanis was previously known to police. He has a varied criminal record that includes attempted manslaughter in 2013 — when he was accused of firing a gun at an apartment building in the same area as Monday’s attack, according to local broadcaster RTV Utrecht. And earlier this month, Tanis appeared in court over a rape allegation from 2017, the agency reports.

While Dutch officials have repeatedly mentioned the possibility of a terrorist attack, Turkey’s state-owned news outlet the Anadolu Agency is describing another scenario, in which the gunman might have initially targeted a relative or someone close to him. The suspect’s acquaintances say there was “a family issue,” Dutch broadcaster NOS reports, adding that Tanis may have wanted to hurt either a woman with whom he had been involved or her family.

Just before the attack, police say, a car was stolen from a street a few blocks south of the intersection where the shooting took place. That car, a red Renault Clio, was later recovered several miles northeast of where it was taken.

The Netherlands has been shaken by the violence, Prime Minister Mark Rutte said in a televised news conference.

“An act of terror is an attack on our open and tolerant society,” Rutte said, according to NPO Radio. “If it is an act of terror, there is only one answer: Our rule of law and democracy is stronger than violence.”

The violence prompted the National Coordinator for Counterterrorism and Security — the Dutch agency also known as the NCTV — to raise the threat level to 5 in Utrecht’s province while the gunman remained at large.

Officials had urged Utrecht residents to stay indoors. But after police spent hours searching for the gunman, officials lifted that guidance around 4:30 p.m. local time.

Molenaar says he wasn’t sure what was happening, until he saw a woman lying on the ground near the train. When a group of people tried to help her, Molenaar says, a man holding a gun walked toward them.

Passengers in his car soon tried to get away, and they jumped out when the doors opened. Molenaar says he heard more shooting then and saw people ducking behind cars — “just like an American Western.”

At a briefing about the investigation, police spokesman Bernhard Jens said “one explanation is that the person fled by car,” according to The Associated Press, which adds that Jens “did not rule out the possibility that more than one person was involved” in the attack.

When the shooting occurred, the tram was near the 24 Oktoberplein transit station, which takes its name from the founding date of the United Nations in 1945.

“Authorities say three trauma helicopters have been dispatched along with emergency vehicles to the scene,” Teri Schultz reports for NPR’s Newscast unit.

King Willem-Alexander and Queen Maxima offered their condolences for victims of the attack, saying they are “deeply saddened” by the three deaths and reports of people who were seriously injured. They also said such violent acts are “totally unacceptable.”

Shortly after the incident, Utrecht’s mayor issued a statement expressing sympathy for those who were wounded. And he reiterated the police’s statement, saying investigators have not ruled out the possibility of a terrorist attack.

The U.S. State Department issued a travel advisory last September to warn of a possible terrorist attack in the Netherlands, urging people who visit the country to “exercise increased caution.”

“Terrorists continue plotting possible attacks in the Netherlands,” the U.S. agency said in September. “Terrorists may attack with little or no warning, targeting tourist locations, transportation hubs” and other public spaces.

Los Angeles is in mourning after the sudden death of former basketball star Kobe Bryant. The five-time NBA champion and former league MVP played his entire career with the Los Angeles Lakers.