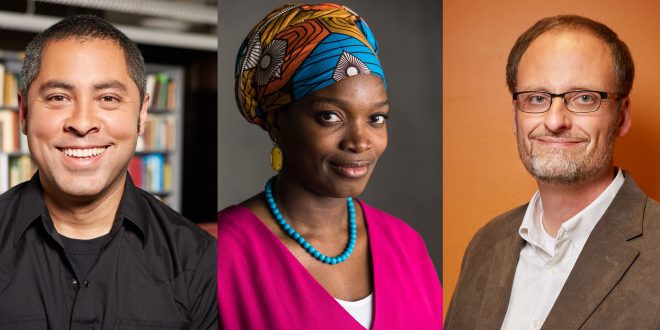 It’s not often you’ll find these 24 names in the same place. They are historians and musicians, computer scientists and social activists, writers and architects. But whatever it may read on their business cards (if they’ve even got business cards), they now all have a single title in common: 2017 MacArthur Fellow.

The John D. and Catherine T. MacArthur Foundation has announced the winners of this year’s fellowship — often better known as the “genius” grant — and the list includes a characteristically wide array of disciplines: There’s painter Njideka Akunyili Crosby, for instance, and mathematician Emmanuel Candès and immunologist Gabriel Victora, among many others.

(Note: The foundation is among NPR’s financial supporters.)

Each of the recipients has been selected for having “shown extraordinary originality and dedication in their creative pursuits and a marked capacity for self-direction” — and each will receive a $625,000 award from the foundation “as an investment in their potential,” paid out over five years with no strings attached.

Jason De León, an anthropologist who studies and preserves the objects left behind by people crossing the U.S.-Mexico border, tells NPR’s Kelly McEvers he’s got an idea of how he’s planning to use that money: “Pay off my student loans,” the 40-year-old scholar laughs.

“But you know, really, we see this grant as a way to facilitate the work that we’re doing even more and to push it in new directions,” De León continues. “It’s really exciting to think about all these projects that me and many of my collaborators have been workshopping for years now. We’re going to have resources to do these things.”

You can find the full list of winners below — paired with the foundation’s description of their work and, where possible, links to NPR’s previous coverage to get to know them better.

“Visualizing the complexities of globalization and transnational identity in works that layer paint, photographic imagery, prints, and collage elements.”

“Illustrating the role of centuries of transnational migration in the present-day social and cultural dynamics of South and Southeast Asia.”

“Transforming conditions for low-wage workers with a visionary model of worker-driven social responsibility.”

“Mining the minutiae of how we speak, act, and relate to one another and the absurdity and tragedy that result from the limitations of language.”

“Using an expansive approach to photography that creates new spaces of engagement within cultural institutions, making them more meaningful to and representative of the communities in which they are situated.”

“Exploring the limits of signal recovery and matrix completion from incomplete data sets with implications for high-impact applications in multiple fields.”

“Combining ethnographic, forensic, and archaeological evidence to bring to light the human consequences of immigration policy at the U.S.–Mexico border.”

“Reclaiming African American contributions to folk and country music and bringing to light new connections between music from the past and the present.”

“Chronicling the persistence of racial segregation in American society, particularly in education, and reshaping national conversations around education reform.”

“Changing public perceptions of immigrant youth and playing a critical role in shaping the debate around immigration policy.”

“Engaging audiences as active participants in works that dramatize the power of theater as a space for building community.”

“Confronting the challenges of poverty and disinvestment in urban communities through a Muslim-led civic engagement effort that bridges race, class, and religion.”

“Challenging popular depictions of the Vietnam War and exploring the myriad ways that war lives on for those it has displaced.”

“Designing adaptive and resilient urban habitats and encouraging residents to be active stewards of the ecological systems underlying our built environment.”

“Documenting the hidden operations of covert government projects and examining the ways that human rights are threatened in an era of mass surveillance.”

“Unraveling how social networks and norms influence our interactions with one another and identifying interventions that can change destructive behavior.”

“Reshaping our understanding of African colonialism and nationalism in studies that foreground East African intellectual production.”

“Creating vivid and witty strategies to design and build places that are more democratic and accountable to their residents.”

“Expanding how opera is performed and experienced through immersive, multisensory, and mobile productions that are infusing a new vitality into the genre.”

“Assimilating and transforming ideas from a broad spectrum of musical idioms and defying distinctions between genres, composition, and improvisation in a singular expression of contemporary music.”

“Investigating acquired, or adaptive, immunity and the mechanisms by which organisms’ antibody-based responses to infection are fine-tuned.”

“Exploring the enduring bonds of community and familial love among poor African Americans of the rural South against a landscape of circumscribed possibilities and lost potential.”

Unsuitable For A Pandemic? Add Men’s Wearhouse, Jos. A. Bank To Bankruptcy List 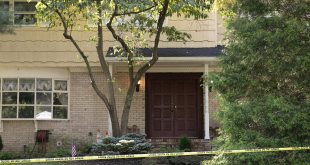 Alabama Budget On Stronger Footing Than Other States During COVID-19

During the coronavirus pandemic, states have struggled with staggering revenue losses and budget shortfalls. Here's what is happening in Alabama.