Minor was an institution, inspiring awe from fellow reporters for the depth of his knowledge — and the astonishing length of his career.

The Louisiana native began reporting in Mississippi in 1947, after he returned from fighting in World War II. He was writing his regular column until just a few months ago.

When he started his journalism career, “I assumed my job would be covering the governor, the legislature, and the state’s gothic politics,” he wrote for the South Writ Large journal in 2012.

“Instead, I would soon find myself covering a full-blown social revolution” — that is, the Civil Rights Movement, and white society’s violent resistance to change.

Minor covered the trial and acquittal of Emmett Till’s murderers, the desegregation of the University of Mississippi, and the riots that followed and the assassination of Medgar Evers, among countless other stories.

In the late ’70s he ran his own newspaper, a weekly called The Capitol Reporter that focused on investigative stories.

The AP has more on the history Minor recorded — and influenced:

“In May 2013, Minor attended a 50th anniversary commemoration of an event he had covered – a 1963 sit-in by a racially mixed group of Tougaloo College students at the Woolworth’s lunch counter in downtown Jackson. It happened about a month before Evers was killed, and Minor said Evers called reporters to tip them to the news. White students from nearby Central High School and many white adults, including an infamous local bootlegger, dumped mustard and ketchup on the heads of the Tougaloo students and then beat and kicked some of them.

” ‘There were a lot of just plain old segregationist thugs,’ Minor said in 2013.

“In 1967, Minor covered the election of Democrat Robert Clark as the first black member of the Mississippi House of Representatives since Reconstruction. After Clark took office in 1968, white lawmakers refused to sit with him at the two-person desks on the House floor, and House leaders refused to recognize him to speak. A frustrated Clark left the Capitol one rainy night, ready to quit – and Minor followed him to the parking lot and persuaded him to stay.

“Clark remained in the Legislature until 2004 and became the first black House speaker pro tempore.”

A 2015 documentary looked at the state’s history through Minor’s eyes. Producer Ellen Ann Fentress told the Jackson Free Press that the title, Eyes on Mississippi, is the name of a column Minor used to write — and a good description of his goal.

“As a reporter, Bill felt the best thing he could do was to get as many eyes as possible on Mississippi, to bear witness,” Fentress said.

Minor was committed to bearing witness to bigotry, racial oppression and the fight for black equality. As a columnist, he was a progressive voice in a conservative state. Here’s more from his essay for South Writ Large:

“Long ago I discovered Mississippi is an extraordinarily quaint society, deeply influenced by a devotion to the lost cause of the Confederacy, and amazingly not too far removed from the rawness of the frontier. Even after all these years, I truthfully admit that I can’t fathom the depths of Mississippi’s soul.

“No matter that I am a native of neighboring Louisiana, born just 50 miles below the Mississippi-Louisiana state line, I’ve always been viewed as an outlier here, somewhat suspect because of my sympathy for the cause of black people, possibly also because I’m a Roman Catholic in a predominantly Baptist state. And, of course, because I am a liberal and a yellow-dog Democrat.”

He also went after powerful politicians, with no fear.

“Wrong-doing ‘sacred cows’ go through the wringer that is Minor’s typewriter and come out looking like hamburger meat,” James Featherston reported in a 1978 profile in Nieman Reports.

The crusading journalism made Minor “rather famous, though not rich,” and garnered him both awards and enemies. A burning cross nearly set his building on fire, Featherston writes. His windows were smashed in. Advertising boycotts hurt his bottom line.

At the time of the profile, Minor was 56 — less than halfway through his journalism career.

“Even though Minor has received numerous telephone threats, his home has occasionally been put under police surveillance, and an underworld source once told him that a ‘contract’ was out on his life,” Featherston wrote, “he remains a true Mississippi muckraker, and continues to do what he has always done — print the truth as he sees it.” 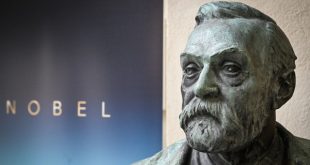