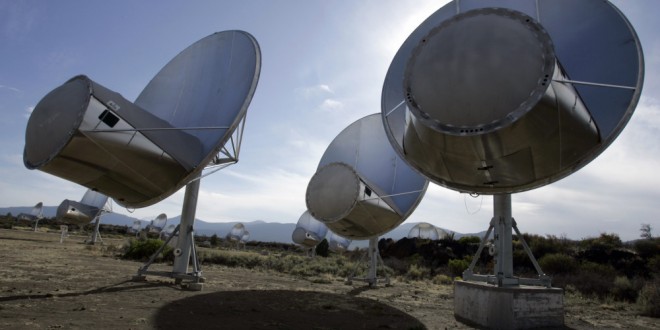 If it were a phone call, we might call it a butt dial: A strong radio signal that set off questions about whether it emanated from an advanced alien race earlier this week is now believed to have come from a terrestrial source, and possibly from a Russian military satellite.

The clarification came after researchers at the SETI Institute — the private organization that searches for signals that might confirm extraterrestrial life — announced they were investigating an “interesting” radio signal that was reported by Russian astronomers, as Camila Domonoske wrote for the Two-Way on Tuesday.

But Camila also noted that some experts were warning the signal might be merely interference, and possibly military in origin — and it now seems that that’s the case.

The signal was detected in 2015 by Russian astronomers using the RATAN-600 radio telescope in Zelenchukskaya, at the foot of the Caucasus Mountains north of Georgia. The discovery drew notice because of the signal’s design and “beam shape,” SETI senior astronomer Seth Shostak wrote earlier this week.

The signal had come from the same direction as the star system HD164595, which sits in the Hercules constellation and has a star that’s comparable to our sun. But Shostak’s SETI colleagues were unable to detect the signal, and in an update to his original blog post, Shostak says that both Russian news agencies and the Russian Academy of Sciences have concluded that the signal “is, indeed, terrestrial interference.”

The intense media interest in the signal came one year after it was detected; that interest seems to have been prompted by the signal’s mention in a recent scientific presentation by Russian astronomers and Italian researcher Claudio Maccone, who chairs the International Academy of Astronautics Permanent SETI Committee. (Side note: Maccone succeeded Shostak in that position, according to his bio.)

Among those who took note of the signal hubbub was American astronomer Paul Gilster, who said that while it was too early to deem this a case of alien technology, the signal’s strength suggested that if it came from outer space, it could be generated only by civilizations that are either Type I or Type II on the Kardashev scale of civilizations’ sophistication.

If you’re wondering, Earth is still working its way toward being a Type I.

An outburst of international interest in the signal followed, with some casting the signal as a herald of our new alien overlords. That led the Russian Academy of Sciences to issue a statement clarifying that “processing and analysis of the signal revealed its most probable terrestrial origin.”

A report by the Russian news agency Tass suggests that the signal might have come from a Russian military satellite.

Without directly connecting the signal to that satellite or providing details about it, Tass quotes Alexander Ipatov, the director of the Institute of Applied Astronomy at the Russian Academy of Sciences, as saying that during the Soviet era, “We, indeed, discovered an unusual signal. However, an additional check showed that it was emanating from a Soviet military satellite, which had not been entered into any of the catalogs of celestial bodies.”

The folks at SETI and the Russian Academy of Sciences say they’re still looking for signs of extraterrestrial intelligence.

As the RAS writes, “It can be said with confidence that no sought-for signal has been detected yet.”

2016-09-01
Share
Previous PHOTOS: Venezuelans Take To The Streets In Protest Against The Government
Next Dallas Police Chief David O. Brown Announces His Retirement 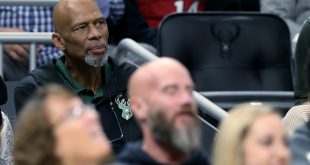 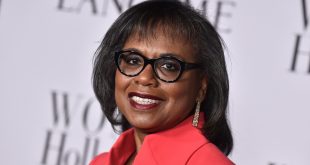 Anita Hill Started A Conversation About Sexual Harassment. She’s Not Done Yet 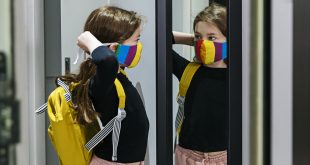 Show And Tell: How Are Your Kids Getting Creative With Masks?

The Biden administration has opened the East Coast to massive offshore wind development. But it will happen in some of the country's most fertile fishing grounds, and that's set up a growing battle.