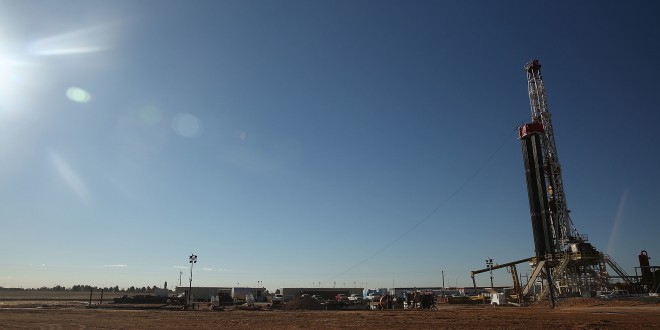 A federal judge in Wyoming has struck down the Obama administration’s regulations on hydraulic fracturing, ruling that the U.S. Bureau of Land Management doesn’t have the authority to establish rules over fracking on federal and Indian lands.

In the ruling on Tuesday, U.S. District Judge Scott Skavdahl said Congress had not granted the BLM that power, and had instead chosen to specifically exclude fracking from federal oversight.

Skavdahl made it clear what he was — and wasn’t — considering in his ruling.

“The issue before this Court is not whether hydraulic fracturing is good or bad for the environment or the citizens of the United States,” he wrote. The question, instead, is “whether Congress has delegated to the Department of Interior legal authority to regulate hydraulic fracturing. It has not.”

The BLM rules in question include a requirement that companies drilling for oil and natural gas disclose the chemicals they use in the fracking process. They also mandate storage protocols for recovered wastewater, cement barriers between wells and water zones, and detailed disclosure of the locations of existing wells.

“Judge Skavdahl — who was appointed by President Obama — initially blocked the rules last summer,” NPR’s Giles Snyder reports. The regulations have been stayed since then.

“The rules attempted to address a boom in the industry,” Giles adds. “But opponents, including the states of Colorado, North Dakota, Utah and Wyoming, argued the administration overstepped its bounds.”

Those four states, along with the Ute Indian tribe, brought the issue to the court. And Skavdahl agreed that the BLM, a bureau of the Department of the Interior, had never been granted the authority to regulate fracking.

Before 2005, Skavdahl says, that authority would have fallen on the Environmental Protection Agency, which is authorized to protect underground water sources.

For decades, the EPA didn’t consider fracking to be within its regulatory realm, but in the late 1990s, a court ruled that the EPA was responsible for regulating hydraulic fracturing.

Then, during the George W. Bush administration, Congress passed the Energy Policy Act of 2005 with bipartisan support. As Skavdahl notes, it “expressly and unambiguously” excludes fracking from the list of oil and gas production processes that the EPA can regulate. (The only exception is fracking using diesel fuels, which is still under the purview of the EPA.)

The result — as the NPR-affiliated StateImpact project has reported — is that fracking is regulated by the states, not by any federal authority.

Skavdahl concludes that, because Congress specifically removed federal authority to oversee fracking, the nation’s legislators weren’t intending for another federal agency to step in and take on a similar role.

“The BLM has attempted an end-run around the 2005 EP Act; however, regulation of an activity must be by Congressional authority, not administrative fiat,” he writes. “The Court finds the intent of Congress is clear, so that is the end of the matter.”

As Wyoming Public Media’s Stephanie Joyce notes, the Department of the Interior could appeal the ruling.

Opponents of federal oversight are celebrating the ruling, The Associated Press reports.

“Today’s decision demonstrates BLM’s efforts are not needed and that states are — and have for over 60 years been — in the best position to safely regulate hydraulic fracturing,” a spokesman for the Independent Petroleum Association of America told the AP on Tuesday.

U.S. Rep. Cynthia Lummis of Wyoming also praised the decision, saying the Obama administration’s rules undermined “the careful and efficient regulation” of states such as Wyoming.

The director of the Sierra Club’s Beyond Dirty Fuels campaign said in a statement that the organization hopes the 10th Circuit Court of Appeals will uphold the Obama administration’s rules.

“While there is no way to ever make fracking safe, the oil and gas industry has repeatedly proven that it needs more standards to keep the public safe from the dangers of fossil fuels, not less,” Lena Moffitt said.

The BLM and the Obama administration have not yet publicly commented on the ruling.