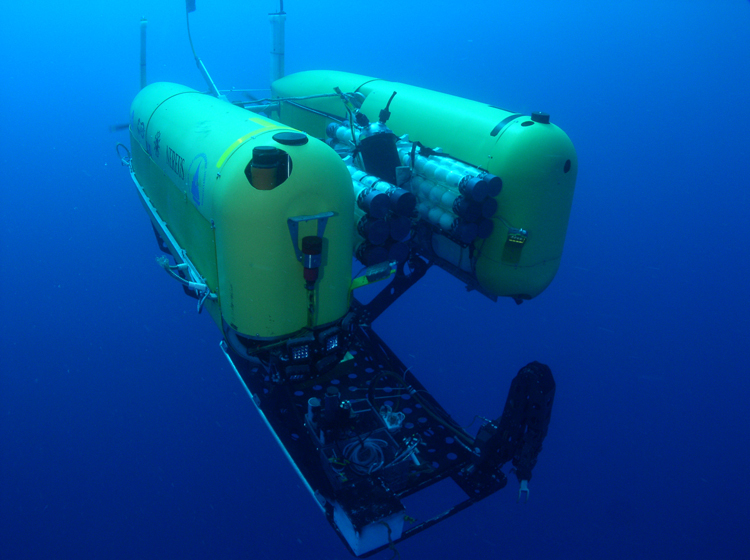 Nereus, 1 Of 4 Submersibles To Reach Depths Of Mariana, Is Lost

Over the weekend, scientists with the Woods Hole Oceanographic Institution confirmed that Nereus, one of only four submersibles to have reached the depths of the Mariana Trench, suffered a catastrophic implosion.

The unmanned vehicle was on day 30 of a 40-day mission to explore the Kermadec Trench northeast of New Zealand. It dove to depths ranging from 6,000 to 11,000 meters deep. When it imploded, the vehicle was under pressure as great at 16,000 pounds per square inch.

Built in 2008, Nereus was in its sixth year of service.

“Nereus helped us explore places we’ve never seen before and ask questions we never thought to ask,” Timothy Shank, a WHOI biologist who helped dream up the vehicle said in a statement. “It was a one-of-a-kind vehicle that even during its brief life, brought us amazing insights into the unexplored deep ocean, addressing some of the most fundamental scientific problems of our time about life on Earth.”

University of Southhampton biologist Jonathan Copley wrote about Nereus on his blog. The loss of this kind of vehicle is “utterly crushing” for the researchers undertaking the expedition, he says. But there is no other way to obtain certain knowledge about the deep ocean, but to send something down there.

The current Hades expedition, for example, had captured hours of videos of individual animals that thrive in the great depths of the ocean.

As Ken Kostel, a writer for WHOI, wrote, Nereus was lost “doing what it was intended to do.”

Just before it imploded, it had just collected “a sea cucumber for the respirometer.” Six miles below the surface, the vehicle was getting ready to head to the underwater elevator.

And then, the camera went to black.

“It would be easy to give up after a body blow like this, to say, ‘That’s it. Let’s head for port.’ And it is tempting. But time on a ship like this is not easy to come by. Or cheap. We’re sitting over the top of one of the deepest trenches on the planet, one that doesn’t get visited very often. We still have a lander, a fish trap, a hadal elevator, and lots of spare parts. We also have engineers and scientists who have perhaps a combined century of experience among them solving problems and designing tools to study the ocean.

“Don’t get me wrong, this isn’t the plucky musical montage sequence in a Hollywood movie at the end of which we roll out a brand new underwater vehicle, beat the town bully, and win the girl. This hurts. But we’ll continue to do what we came here to do because in the end this is about learning something about a place that does not give up its secrets easily.”