For decades, it was mere legend: an “Atari Dump” rumored to harbor millions of copies of E.T. The Extra-Terrestrial, a video game so bad that burying it in the New Mexico desert seemed the best way to move on.

But now, the Atari graveyard has been exhumed, and the latest attempt to find the cache of game cartridges has been declared a success. Helped by heavy machinery, a crew found some of the games today, in a dig that inspired the Twitter hashtag #DiggingET.

The Atari 2600 gear was found in a landfill in Alamogordo, N.M., where the city council voted in 2013 to allow gaming media company Fuel Industries to search for unsold boxes of games and other items that were allegedly dumped there by 14 trucks in 1983.

Fuel is making a documentary about the search for E.T. It also organized a hunt for E.T. game cartridges at the landfill Saturday.

“We found something,” film director Zak Penn told an excited crowd at the dig site this afternoon. “We found an intact ET video game. The actual cartridge is still in there.”

That’s from video of the discovery that was posted to the IGN website. Those taking part in today’s search for say there are many more copies of the E.T. game in the area being excavated.

The search for the trove of discarded cartridges has taken on a sort of mythical importance for some gaming fans, who see the mystery of what became of millions of consoles as an explained event in digital culture. It’s part of a broader field some call “archaeogaming” that, as you might guess, combines elements of archaeology with the study of video games.

And then there’s the simple nostalgia for E.T., the film, and for the 1980s in general. A comment by reader Kascha Klaussen on our 2013 post about the effort to find E.T. games summed up those sentiments nicely:

“I wish that the second they pulled the first shovel full of dirt out of the ground over this pit, the entire Earth would be pulled inside out centered entirely on this spot and when it came right side up again? It would be 1982 again and I could be in the arcade with my girlfriends trying to impress boys and waiting to go see Tron with them while Love Plus One plays over the loudspeakers. Oh and we could be fighting over the last Apple stick as well. That wouldn’t hurt a bit.

As we reported back then, some experts have said that unreleased Atari products, such as a prototype for its “Mindlink” device, might also be in the desert landfill. 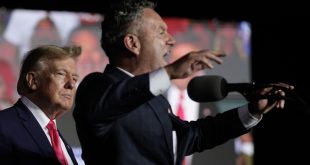 Albuquerque police arrest a suspect in murders of Muslim men 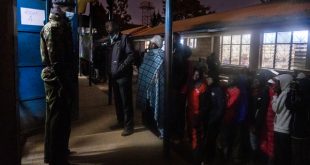