New Jersey Gov. Chris Christie’s “account of these events rings true” and he has “conducted himself at every turn as someone who has nothing to hide,” according to an investigation — done at the request of the governor’s office — of the George Washington Bridge scandal.

The law firm of Gibson, Dunn & Crutcher also concludes that the only person in the Republican governor’s office who was involved in closing lanes from Fort Lee, N.J., to the bridge last September was his deputy chief of staff at the time, Bridget Kelly.

“We have not found any evidence of anyone in the governor’s office knowing about the lane realignment beforehand or otherwise being involved, besides Bridget Kelly,” the reports states.

What motivated Kelly and David Wildstein, director of interstate capital projects at The Port Authority of New York & New Jersey to order the lane closures still isn’t clear, the report adds. But “it was not at the behest of Gov. Christie, who knew nothing about it.”

The investigators did not speak with Kelly or Wildstein, who along with former Christie campaign manager Bill Stepien declined to talk to them.

The firm’s report is posted here.

As you’ll likely recall, lane closures from Fort Lee to the bridge last September caused massive traffic problems in that city for four days. Over subsequent weeks and months, news reports uncovered evidence that the lanes may have been closed in part to cause problems for Fort Lee’s mayor, who is a Democrat.

Kelly and Wildstein were identified in those news reports as allegedly being central characters in the scandal.

NJ.com adds that the report released Thursday also “concluded that Hoboken Mayor Dawn Zimmer’s allegations that the Christie administration withheld Hurricane Sandy aid in an effort to help a private developer were unsubstantiated, ‘demonstrably false,’ and ‘unbelievable.’ ” Zimmer is a Democrat.

The report recommends, though, that Christie name a chief ethics officer for his office to guard against future scandals.

Thursday’s report is by no means the final word on the scandal. New Jersey legislators are also looking into what happened. Democrats, in part because Christie is a potential 2016 presidential contender, are sure to keep digging.

Randy Mastro, the Gibson, Dunn & Crutcher lawyer who led the review, told reporters Thursday that “had we found evidence to the contrary of what we found, we would have been reporting that. … We believe we got it right.” Mastro said the review was done at the request of the governor’s office and for the people of New Jersey, not for any individual.

The co-chairs of the committee investigating the bridge scandal for the New Jersey legislature said this does not end the matter.

In a statement given to The Wall Street Journal, Assemblyman John Wisniewski and Senate Majority Leader Loretta Weinberg said: “Lawyers hired by and paid by the Christie administration itself to investigate the governor’s office who then say the governor and most of his office did nothing wrong will not be the final word on this matter.” 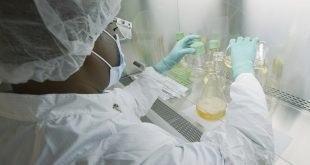 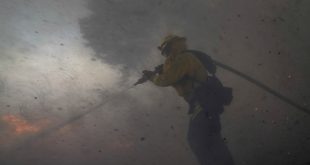 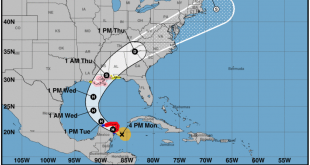 Now A Hurricane, Zeta Is On Track To Hit Louisiana On Wednesday

Zeta is the 11th hurricane of the 2020 Atlantic season, and would be the fifth named storm to make landfall in Louisiana this year — the most since the state started keeping records in 1851.